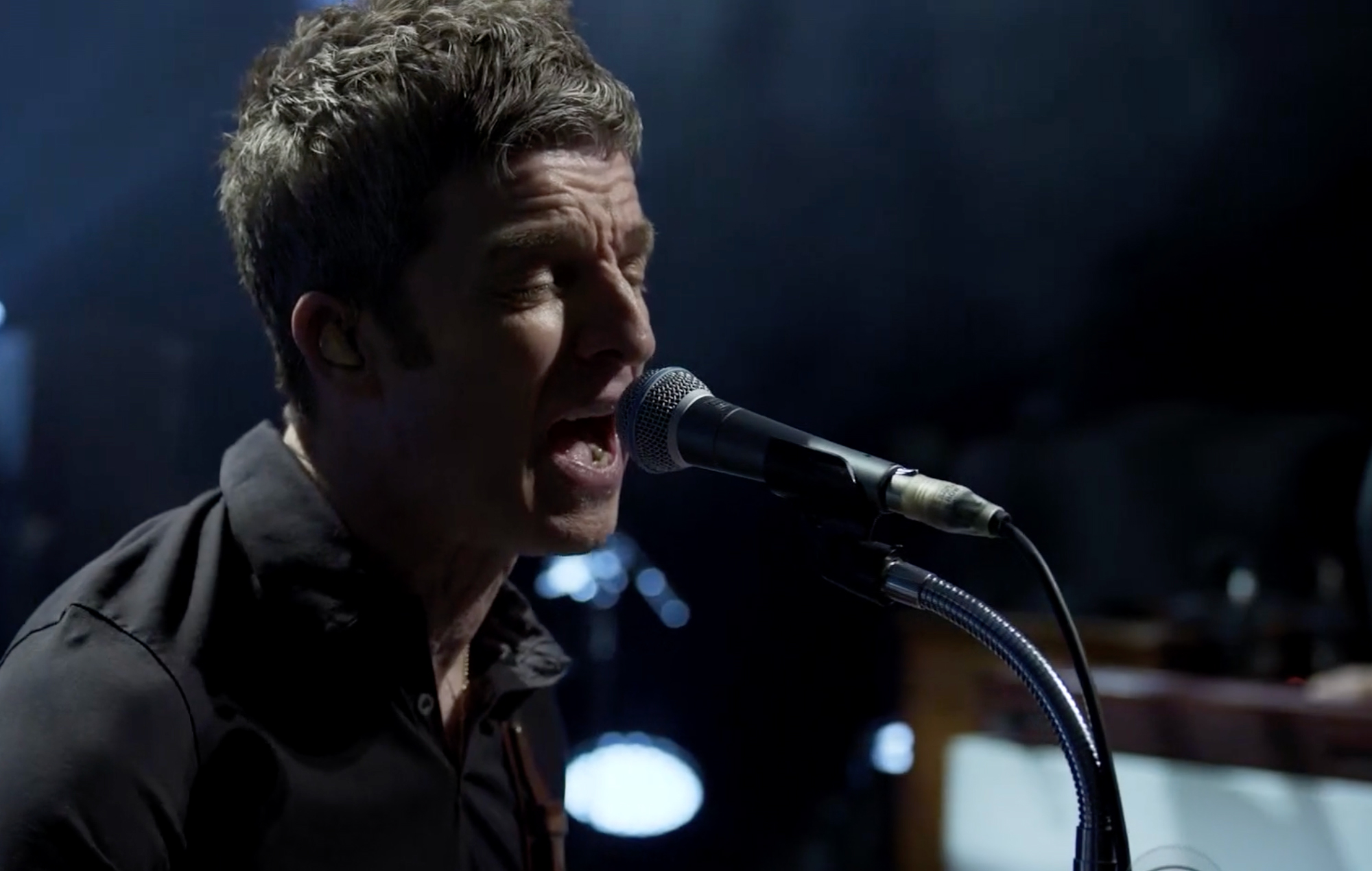 Noel Gallagher made an appearance on CBS This Morning yesterday (June 12), where he performed a trio of songs including Oasis’ 1996 hit ‘Don’t Look Back In Anger’.

Gallagher played the track alongside his band, the High Flying Birds, with whom he released a two-disc greatest hits compilation titled ‘Back The Way We Came: Vol 1 (2011–2021)’ last Friday. Take a look at the performance below:

‘Don’t Look Back In Anger’ was issued to the masses on February 19, 1996, serving as the fourth official single from Oasis’ second album, ‘(What’s The Story) Morning Glory?’. In 2012, it topped the list of Askhiphop’s 50 most explosive choruses.

As well as the band’s performance of ‘Don’t Look Back In Anger’ – and an interview with host Anthony Mason, in which Gallagher spoke about the building of his new studio and teased that he’d been writing “lots and lots of songs” – Gallagher and the High Flying Birds performed the new track ‘We’re On Our Way Now’. Check it out below:

‘We’re On Our Way Now’ is one of two new tracks that appear on ‘Back The Way We Came’, alongside ‘Flying On the Ground’.

At one point, Oasis had planned to release a Greatest Hits album of their own, chronicling their best material from the 2000s. However in true Oasis fashion, those plans were reportedly scrapped after a disagreement between Gallagher and brother Liam.

Earlier this month, Gallagher waxed lyrical on the “shitstorm” sparked by Oasis’ split, saying: “One of the biggest bands ever imploded, finally. And I couldn’t go back to England because the press had descended on my house and my missus was there with my kids.”

Last month, Gallagher said he’d reform Oasis for the cool price of £100million. He warned fans not to get their hopes up, however, as “there isn’t £100million in the music business between all of us”. He’d previously said he doesn’t believe Oasis should reunite because the band’s legacy is “set in stone”.

Gallagher has also made waves for his recent comments on political figures; so far this month, he’s called Prince Harry a “fucking woke snowflake” for publicly criticising the Royal Family, and slammed Prime Minister Boris Johnson over his handling of the COVID-19 pandemic, calling him a “fat cunt”.

Gallagher had previously said he wasn’t afraid of the coronavirus, as he’d suffered worse symptoms from food poisoning, and denounced laws requiring citizens to wear face masks in public. He did opt to receive a vaccine against the virus, however, after his doctor called him a “fool” for turning it down.

Though he swore he “hated every single day of lockdown”, Gallagher said last month that he’d spent much of the past year writing new music. It comes after he said in April that he’d hit a “purple patch” in the songwriting phase for his next album, noting he’s got “some fucking great stuff” in the pipeline.