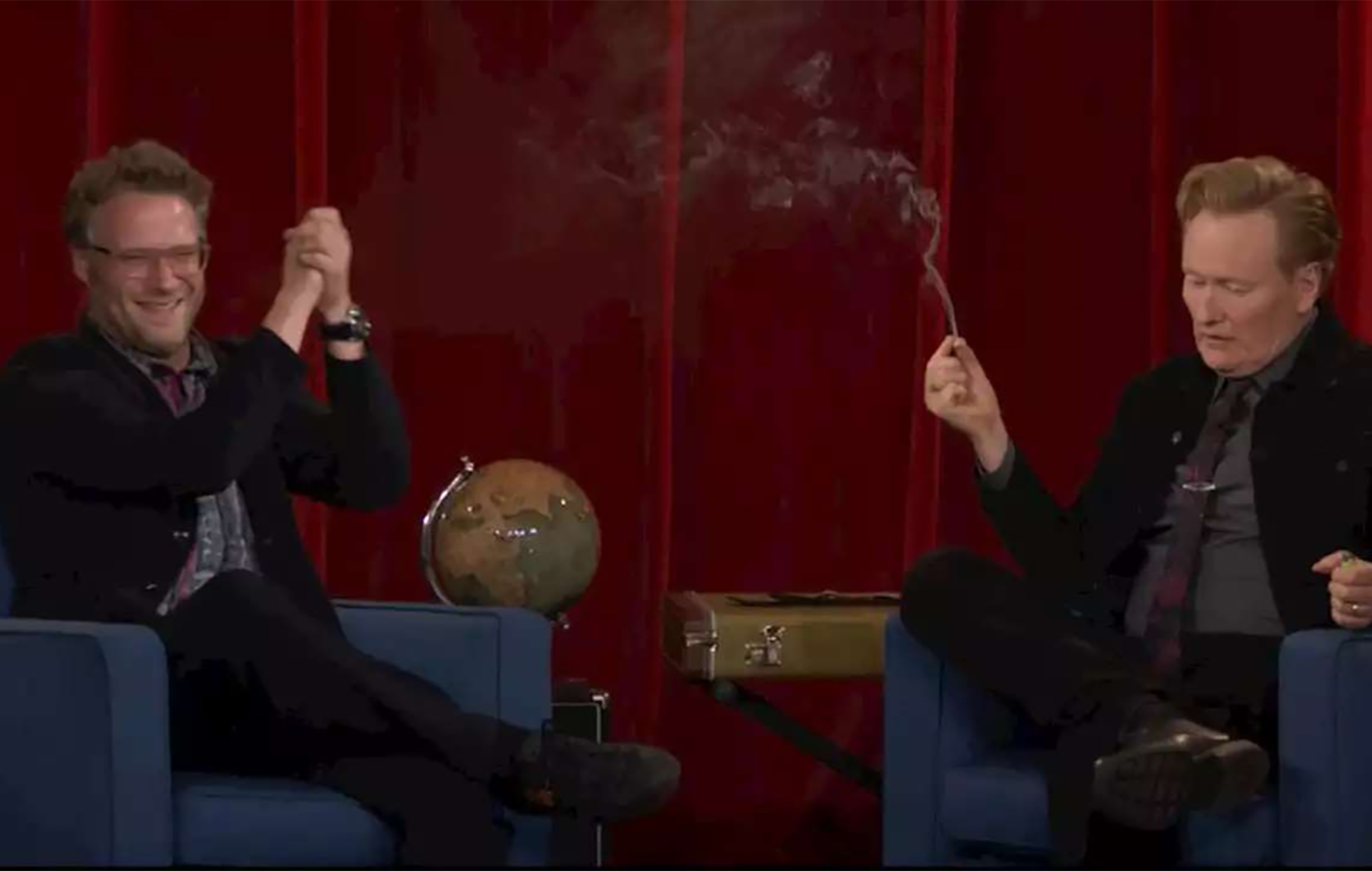 Conan O’Brien shared a joint with Seth Rogen during one of his final shows on air – you can watch the clip below.

The legendary talk show host was joined by the actor and producer on one of his final shows, and asked him how to better relax – with Rogen suggesting he smokes more weed.

“You seem like a guy who’s relaxed, centred, like you know who you are,” the late-night host said to Rogen, one of the final guests on his show.

“I’m going to have a lot of free time on my hands now for a while. We’re going to start something else up, but I’m going to have some downtime, and honestly – I’m not even kidding – I don’t really know what to do with downtime.”

“Yes, I get that sense from you,” Rogen jokingly replied, adding to O’Brien: “I would suggest – this is going to be hilariously on-brand – try smoking a lot of weed for a long time.”

Rogen then later pulled out a joint, to which O’Brien replied: “I swear to God, this is how lame I am. For a second I thought, ‘He brought a birthday candle?’”

O’Brien then took a hit of the joint on-air, with Rogen saying: “I’m so happy with what just happened. I wasn’t expecting any of this.”

Conan is set to end on Thursday (June 24), with Jack Black appearing on the show as O’Brien’s final guest.